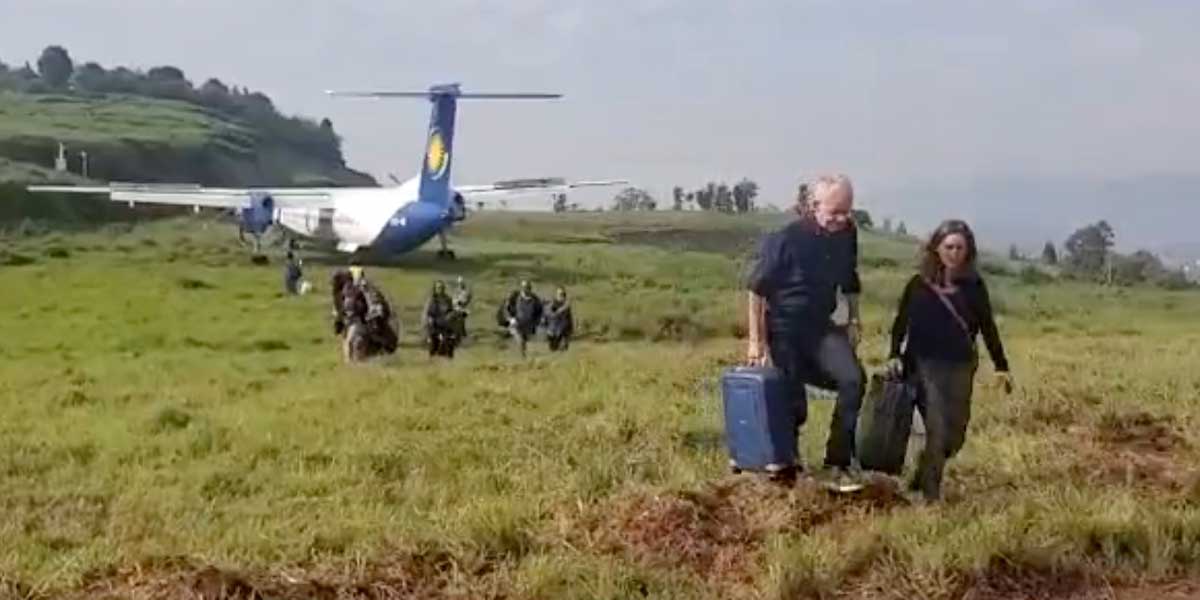 A RwandAir plane missed the runway at Kamembe Airport in Rwanda over the weekend, but everyone on board was okay. Passengers and crew were able to walk off unassisted.

The plane was a Dash 8-400, which is used as a regional mode of transportation. There are seven flights per day between the Kigali International Aiport, which is where the aircraft departed from, and the Kamembe Airport.

Though it missed the runway it was aiming for, the aircraft was able to land in a grassy field and everyone on board was able to de-plane before the fire trucks could even arrive on the scene.

Rwandair Express Dash 8-400 suffers a runway excursion after landing at Kamembe Airport in Rwanda, coming to a stop in the grass. No injuries reported.