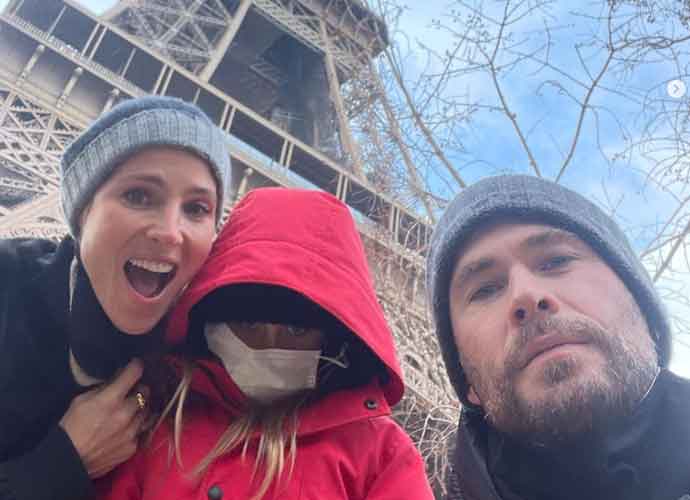 The Hemsworth family vacationed in Paris, Prague and Ibiza over the holidays. Thor star Chris Hemsworth was seen with his wife Elsa Pataky and their three children walking around a market in Ibiza.

Photos show Hemsworth wearing a white t-shirt, grey sweatpants and white sneakers. He also donned a hat and sunglasses. Pataky sported a green sweater, with black jeans and black boots. She wore her hair down. The whole family was seen wearing masks.

Hemsworth’s brother, Hunger Games star Liam Hemsworth, was also seen in Ibiza over the holidays with his model girlfriend Gabriella Brooks. Brooks was seen at the airport leaving without Liam.

Hemsworth and his family were recently spotted in Prague where he is filming Extraction 2 for Netflix. The first installment was the biggest movie of 2020 and left the audience believing that Hemsworth’s character, Tyler Rake, had been shot and was dead. Extraction 2 was supposed to be shot in Australia, where Hemsworth is from, but the film had to change shooting locations multiple times due to the Covid-19 pandemic. At the time, Hemsworth expressed his disappointment about not being able to shoot in his home country but said he understood the precautions that needed to be taken to keep people healthy.

Filming is expected to wrap in the Czech Republic in March of this year.