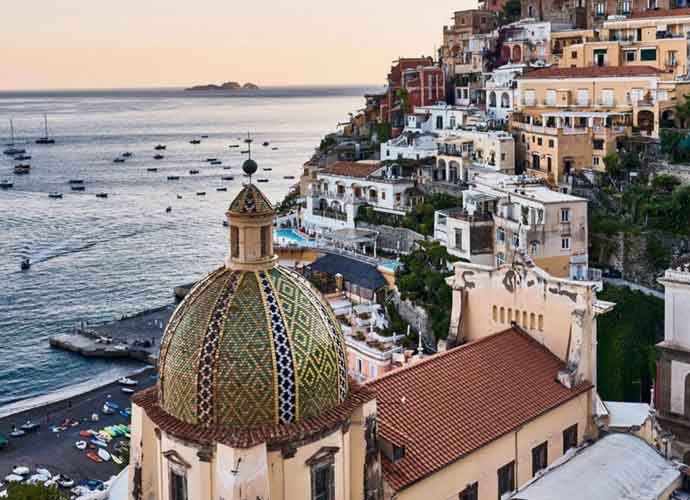 Le Sirenuse Positano: A Picture Of Italian Luxury Fit For A Movie Star

Ever wondered where your favorite celebrities stay when they go on vacation?

Le Sirenuse Positano is not what you would think of when you think of a hotel or resort, it’s more of a retreat. It opened in 1951 when four siblings – Anna, Aldo, Paolo and Franco Sersale – decided to open their summer home up to the public.

The villa features 58 rooms. Many of the rooms are furnished with art and antique objects curated by Franco, who was an auction-enthusiast up until his passing in 2015. The Le Sirenuse Positano describes the style of the hotel as “Neapolitan and southern Italian tradition.” Franco also commissioned local artists to design and embellish even the smallest details – like the keys, wine glasses and flower pots.

The rooms are bright and beautiful.

“There’s a story behind every detail … even the bathroom amenities are a story written here in Positano,” their website said. “Stories about floor tiles designed especially for the hotel and fired in the centuries-old kilns of an ancient Salerno ceramics firm. Stories of the late Franco Sersale’s passion for collecting antique furniture, artworks and Suzani rugs, and of his unerring instinct, when he saw a promising item in an auction catalog, of knowing exactly where it would find a home, in just that corner of just that room.”

Each room is designed completely uniquely. They are a picture of pristine, Mediterranean luxury. The windows overlook beautiful, breathtaking views of the courtyard, pool terrace or the sea.

The location is a favorite destination of supermodel and author Emily Ratajkowski and actress Reese Witherspoon and her husband, Jim Toth chose Le Sirenuse for their honeymoon.