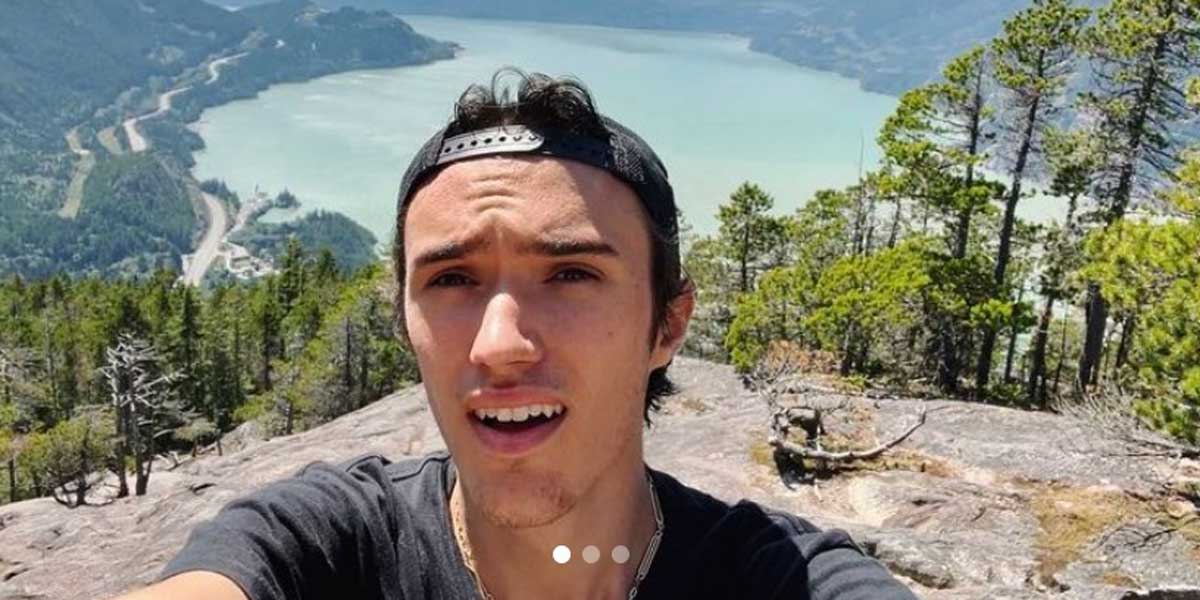 Actor and musician Stellan Bettany, the son Jennifer Connelly and Paul Bettany who best known for his role in Shelter, enjoyed nature to the fullest this summer.

“Epic hike epic lake :),” he captioned a selfie with clear blue water and mountains in the background.

Chief Mountain in British Columbia, Canada, is a challenging route that includes scrambling, stairs, a rapid elevation and rocky sections. Take note that the trail is not recommended for beginners. The trail, called the Stawamus Chief trail, is a 3.7-mile loop that takes around three hours and 20 minutes to six and a half hours to complete.

Hikers can, however, camp along the way. There are also great places to rock climb in the area.

The views along the way are incredible, but the first peak is known to have the best views. It is also the closest to the parking lot and a great place to stop for lunch. This is also the busiest peak. Arriving at the First Peak normally takes hikers between an hour and a half to three hours.

The Third Peak is the last and tallest. There are a few safety concerns in making it there as hikers must pass through North Gully which features sheer cliff walls with a 60-meter gap between them. The views are particularly exceptional in the area.

For the best hike, you’ll want to travel to British Columbia between March and October.

Take note that if you want to bring furry friends along, they’re welcome, but you’ll have to keep them on a leash.

Mariah Carey Gets Wet In Dress On Capri Vacations

Dwyane Wade & Gabrielle Union Soak In The Sun In Ibiza

TAP Air Portugal Offers $299 Round TripTravel From U.S. To Europe

Mariah Carey Gets Wet In Dress On Capri Vacations

Dwyane Wade & Gabrielle Union Soak In The Sun In Ibiza

Rebel Wilson Resets With Wellness Vacation At Altaussee In Austria

Top 10 Best & Worst Places To Live In The World