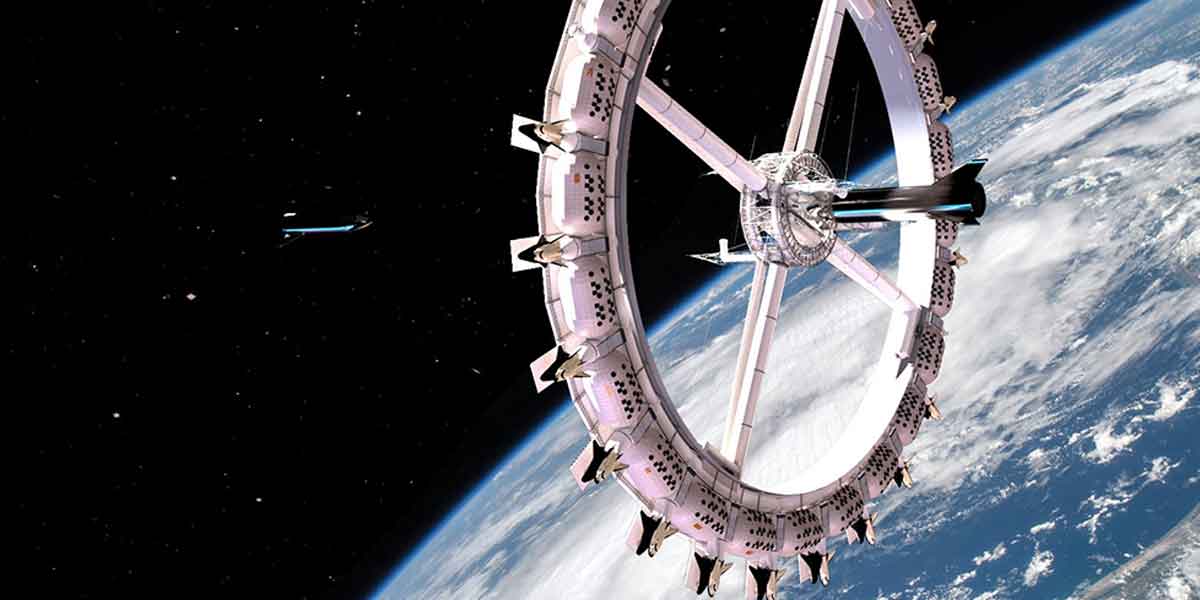 The first space hotel ever is projected to be completed by 2025, according to Orbital Assembly, the company behind the “out of this world” destination.

Pioneer Station will be able to house 28 people.

Orbital Assembly is also working on a second space hotel called Voyager Station which will be able to accommodate a whopping 400 people. The project’s finish date is planned for 2027.

The company hopes to run an operational business and housing “park,” resembling a rotating wheel, in space. Many questions surround how exactly this will work.

“The station rotates, pushing the contents of the station out to the perimeter of the station, much in the way that you can spin a bucket of water — the water pushes out into the bucket and stays in place,” Orbital Assembly’s chief operating officer Tim Alatorre said in an interview with CNN.

Voyager reservations are already going for $5 million for a three-and-a-half-day stay, but Alatorre noted that space travel wouldn’t be limited to the wealthy though he failed to outline how it would be kept affordable.

There are still many logistics to figure out, such as the levels of gravity, safety precautions and space radiation exposure.