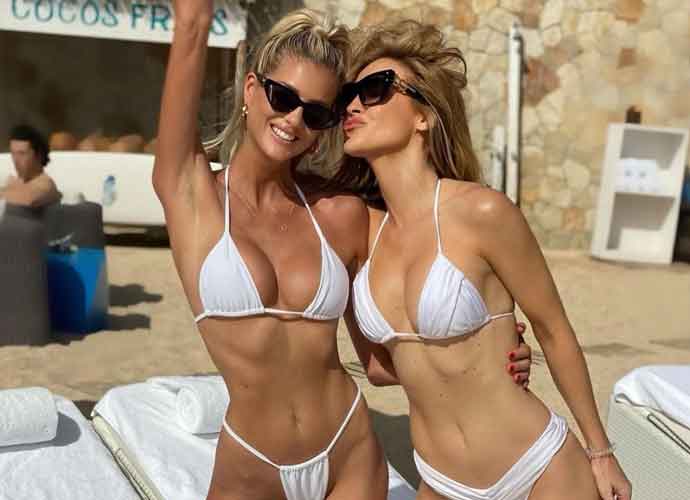 Stause posted a series of photos of the crew sunbathing on the beach, sitting poolside and dressed up for a night of celebration on Instagram.

“This week has been magical celebrating bdays & a new year!” the caption said. “Seriously someone pinch me. Happy New Year!!!”

Stause also shared some new year’s motivation and she encouraged her followers to manifest what they wanted for themselves in 2022 by believing that they can accomplish whatever they put their mind to.

The trip follows her split from Selling Sunset co-star and boss Jason Oppenheim. She announced the breakup last week.

“Jason was and is my best friend,” she wrote. “The amount of respect and love we have for each other will not change going forward. Men have the luxury of time that women don’t and that’s just the way it goes. All of that being said, navigating this public terrain is difficult and I am just trying my best…I very much hope to one day have a family and decisions I make at this point are with that goal in mind.”

Stause and Oppenheim had been public about their relationship for five months, but had reportedly been dating several months prior to that. Stause previously commented on wanting to have a family and her decision to freeze her eggs.

“I’m going to do everything I can to take that power in the situation, and hopefully, that will empower me going forward in the dating world, so there’s not so much pressure,” Stause said in September 2020.