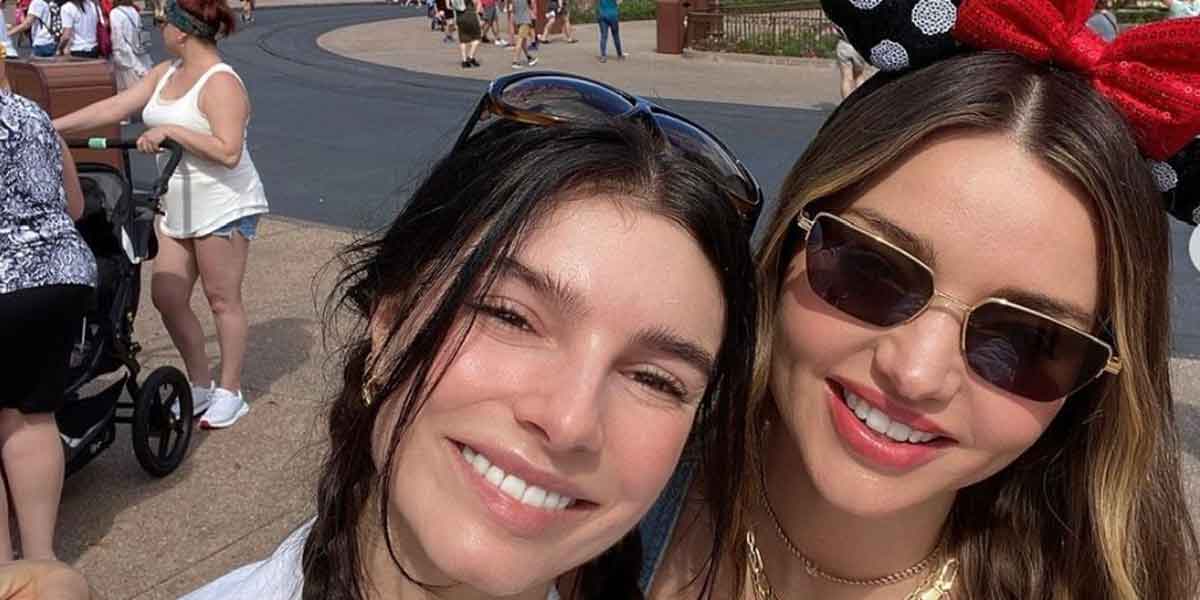 Supermodel Miranda Kerr recently spent a day in the happiest place on Earth with friend and fellow supermodel Amélie Tremblay.

Kerr sported the famous “Mickey Ears” while the two smiled in front of Sleeping Beauty’s castle in a photo posted on Instagram. She captioned the series of photos simply, “🐭🌈☀️.”

Take a trip to Disneyland in Anaheim, California, just like Miranda Kerr.

First, make sure to stop by the Sleeping Beauty Castle, the most iconic scene at the theme park. The castle, which opened in 1955, is the oldest Disney castle. Though it’s smaller than Disney World’s Cinderella castle, it was designed to appear larger than it actually is through a forced perspective that builds higher, yet smaller elements.

Kerr and Tremly enjoyed another Disneyland staple: the Mikey-shaped waffles. There are various locations on-site that serve the legendary breakfast food, but the closest place in proximity to the castle is Carnation Cafe which is right in the middle of Main Street USA. If you’re planning on making a stop at the famed cafe, make sure to make reservations in advance.

The friends also stopped by the courtyard outside The Great Movie Ride. Kerr shared a snap of the cement honoring Hollywood golden age star, Lauren Bacall. Bacall visited Disneyland for the open ceremonies of Disney’s Hollywood Studios. She wrote her name and planted her handprints into the cement for generations to appreciate for years to come.