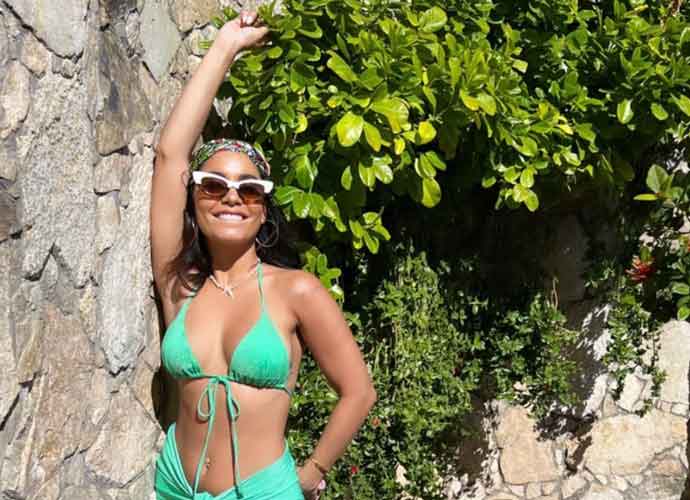 Tick, Tick … Boom! star Vanessa Hudgens enjoyed time in Cabo last week promoting her Caliwater business. While she was there with her brand, the actress didn’t seem to be abiding by “all work, no play!” She looked to be having a great time with her friends on the sandy beaches.

She posed in a green bikini, wearing a headscarf and 1960s inspired sunglasses. She shared a few photos on Instagram.

Caliwater relaunched in April of last year with Hudgens and actor Oliver Trevena at the helm. Caliwater is California cactus water. The two are passionate about health and wanted to introduce a drink that provided more than just hydration. Caliwater contains five different naturally occurring electrolytes, skin fortifying antioxidants and anti-inflammatory properties, according to the company.