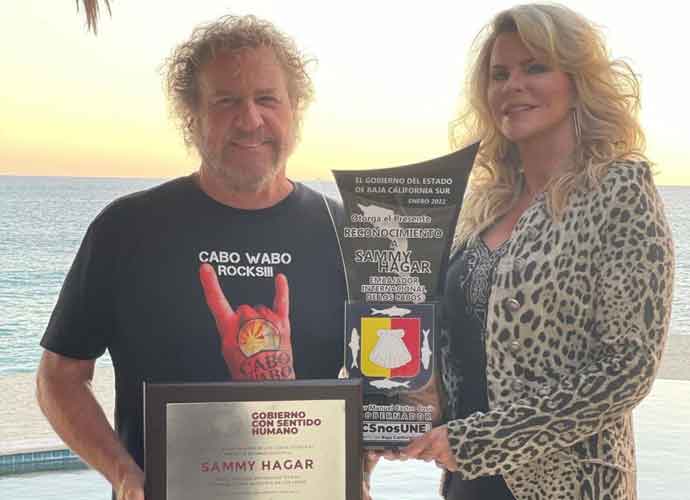 Sammy Hagar, who rose to fame as a member of the band Montrose and solidified his place in music history as a member of Van Halen, has another title to add to his resume. Hagar has been named the tourism ambassador to Los Cabos, Mexico.

“In recognition of Mr. Hagar’s incredible commitment to Los Cabos and our new partnership, we are thrilled to honor him with this unprecedented role in championing Los Cabos as a prestigious travel and business destination,” the municipal president of Los Castro, Oscar Leggs Castro said. “Mr. Hagar has long been the unofficial ambassador to Los Cabos and through this designation, we look forward to strengthening our tourism brand by leveraging his national and global appeal to promote Los Cabos throughout the world. We are thrilled that Mr. Hagar will continue to bring his incredible network of friends in music, entertainment and business to Los Cabos.”

Hagar is a longtime Los Cabos resident and business owner. He fell in love with the town in the ’80s, and by the ’90s, had launched his Cabo Wabo Cantina tequila brand. His investment in Mexican businesses is one of the reasons he was chosen to be the tourism ambassador. His brand has created many jobs for locals, while also putting Los Cabos on the map. Hagar has also found it important to give back to the community. He has supported local charities such as Amigos de los Ninos (Friends of the Children), for decades.

“Being honored for anything in Los Cabos is the same as being honored in my hometown,” said Hagar. “I will treasure this award will continue to do my part in bringing this, one of the most beautiful places in the world, to the rest of the world as your new ambassador of tourism.”